Unconscious Bias: Not a Political Debate 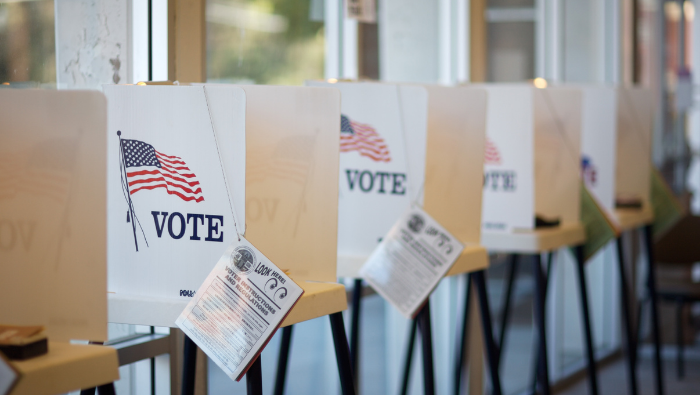 We know, accept, and fight the effects of biases in the workplace, but what about in our personal lives? How about when it relates to one of the most sacred personal rights that we have? The right to vote.

Now don’t panic! This is not going to turn into a political manifesto. No sides will be chosen, no names will be called, and no need for a trained moderator. I want to pose another question – how much energy and effort do we as individuals put forth to challenge our biases as we go to the polls to vote this November? The short answer based on history is extraordinarily little. In fact, most, if not all, the effort goes into validating what we already think we know and seeking evidence to support what we already plan to do. When it comes to politics, we tend to define bias as “any opinion I disagree with and anybody that disagrees with me.”
Additionally, scientific studies have shown that we tend to think that people who are different from us are also more biased than us.

This year the corporate landscape has been deluged with focus groups, training sessions, and bold proclamations about commitment to diversity, equity, and inclusion. Underlying a lot of this work has been an exploration of the role unconscious bias. Simply put, unconscious bias (or any bias for that matter), is a preconceived notion or perception in favor or against one thing or another, which oftentimes is not based on any factual evidence. Not to say that biases aren’t valid. In fact, they are extremely valid in the sense that they determine our behavior. The problem is our propensity and the need to feel validated in our biases.
Biases in the workplace can lead to issues such as disparate impact – where an individual or individuals in a protected class (i.e., race, gender, sexual orientation) is adversely effected by decisions due to some unacknowledged or unconscious bias. To do so consciously is called discrimination and is illegal (and nobody ever admits to discrimination). Other byproducts of bias in the workplace are performance evaluation errors, hiring and firing mishaps, and poor vendor selection.

On an intellectual level, most of us are willing to admit our biases and attempt to manage them. Yet on an emotional level, we tend to think we do not have biases. Upon confrontation, we exert incredible energy to defend and validate our perspectives and opinions; often going to great lengths to site corroborating “evidence.” Note the quotation marks around evidence, since most of the time it is not actually factual, complete, or accurate.
So where does this leave us? Bogged down in the muck looking for evidence to support our biases. But like the pursuit of diversity, equity, and inclusion in the workplace, we should also passionately pursue diversity, equity, and inclusion to inform ALL our actions and decisions. Said another way – seek differing opinions, ideas, and sources; evaluate information objectively supported by real data; and be willing to include and consider other perspectives. Sounds difficult, because it is.

In short, SEEK THE TRUTH and become aware of various perspectives; not just the facts we like and opinions we lean on. Biased data leads to bad outcomes. Not many of us admit to seeking bad data, but avoiding our biases at every turn leads to just that.